Inside the night: the bar and the rain
02.11.2018, Designers' Saturday Langenthal

Looslab explores the role of night culture in the construction of contemporary interior spaces and their associated practices. The project is an illusion: originally modelled after Adolf Loos' American Bar, the proposal seeks to document and reflect upon the re-samplings and manipulations of the original scheme inside and outside the Mühlehof space at Designers’ Saturday Langenthal. LOOSLAB imposes its own representation of reality. It is no longer a copy or a simulacrum, but rather a radically more realistic instance than its original picture.

Postmodern societies have replaced the world as text by the world as image. The installation plays with three scenarios of contemporary imagery: the exterior, the interior and the fragment. As a game of symmetries, "three image-capsules plus a pavilion" revisit Adolf Loos' American Bar, from where they establish a set of relationships: the outside of the bar is presented inside Mühlehof by means of its façade fragmentation in three rainy interiors: three vision-capsules as a place from which to protect itself; the inside of the bar, on the other hand, is exposed naked to the exterior of the building as a brut wooden pavilion, subjected to sophisticated changes of scale and materiality to re-sample a space that can only be accessed from within.

HEAD - Genève won one Special Mention awarded by the Jury during the event, in a tie with The Peter Behrens School of Fine Arts Düsseldorf that shared the same exhibition space.

The project as a whole is articulated like an experimental setting, around a critical research on the construction and the perception of a visual experience while questioning the relation that it maintains with reality. By modifying the articulation between image, space and materiality from Adolf Loos' bar, the project becomes at the same time: contextual (it accepts the conditions of Mühlehof as décor for the digital and physical milieu), shareable (it works as space and image), iconic (through historical references and their contemporary manipulations). 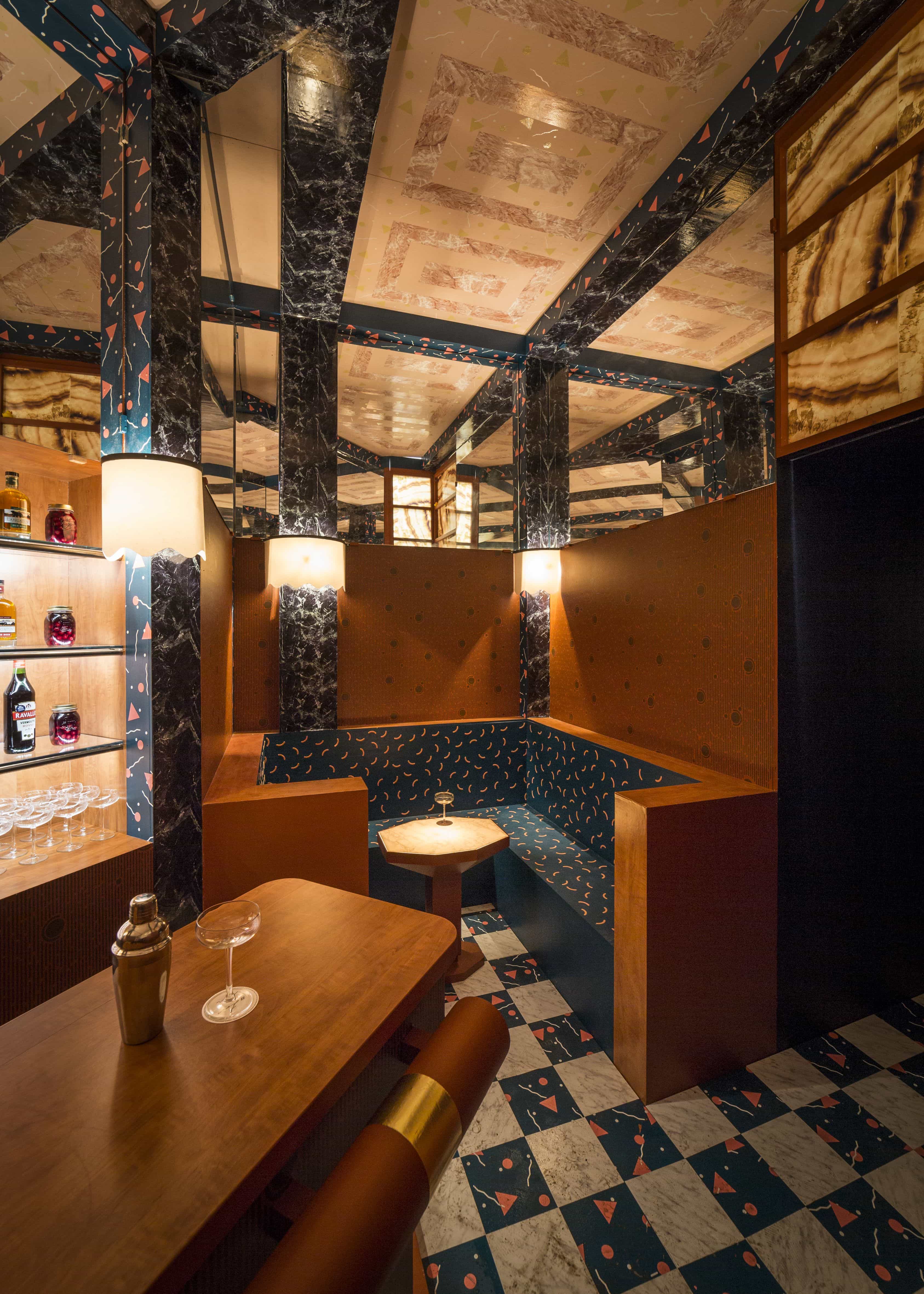 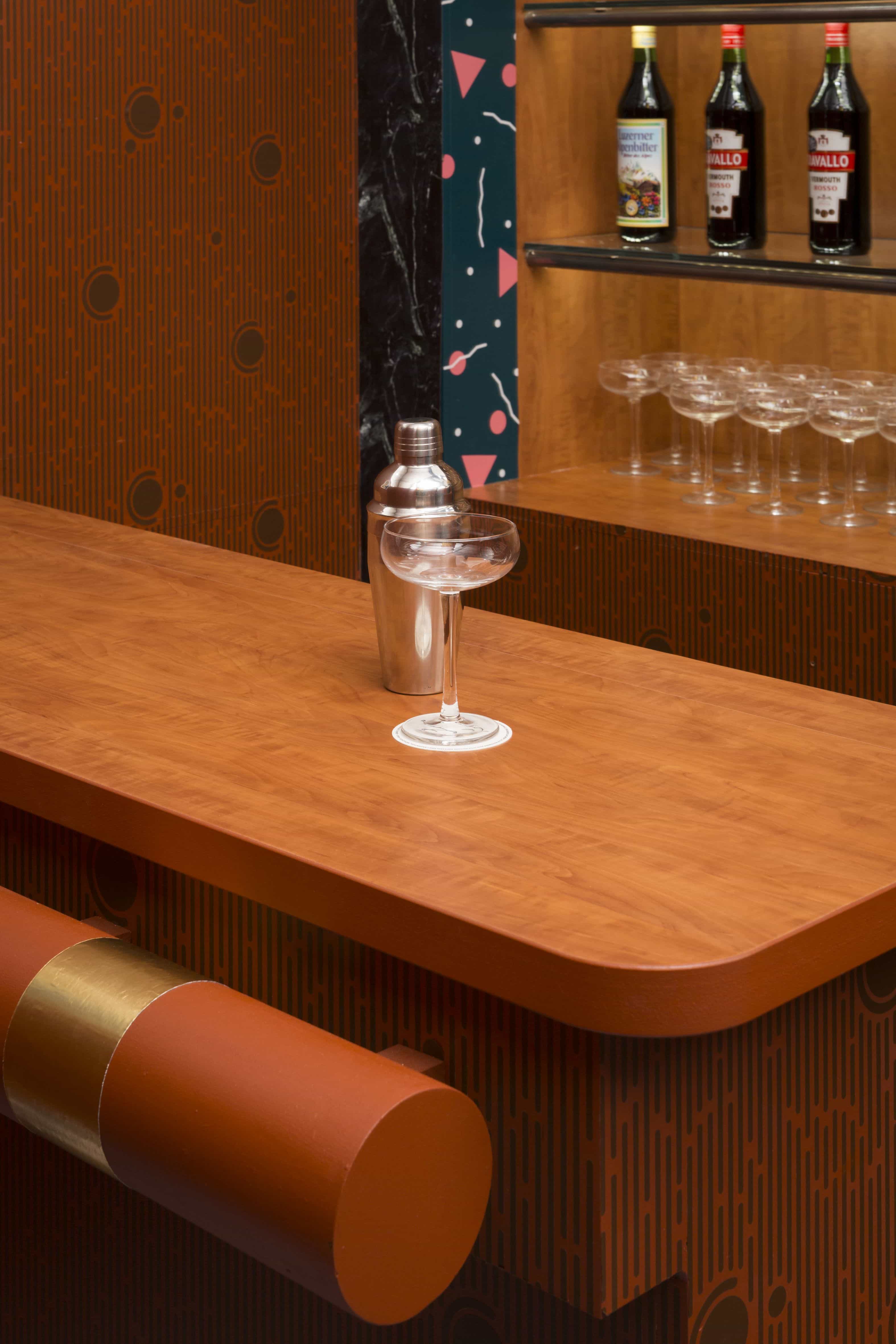 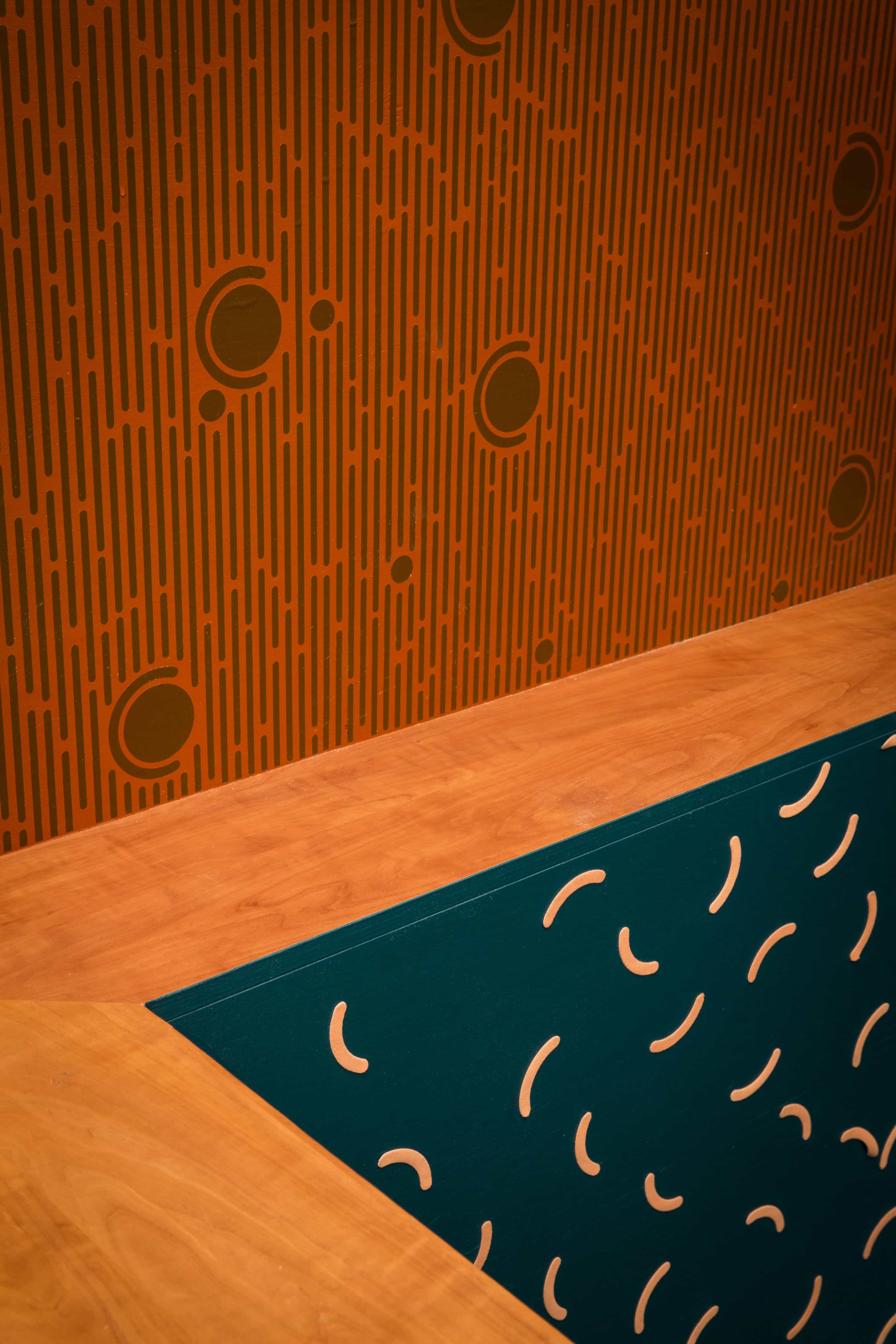 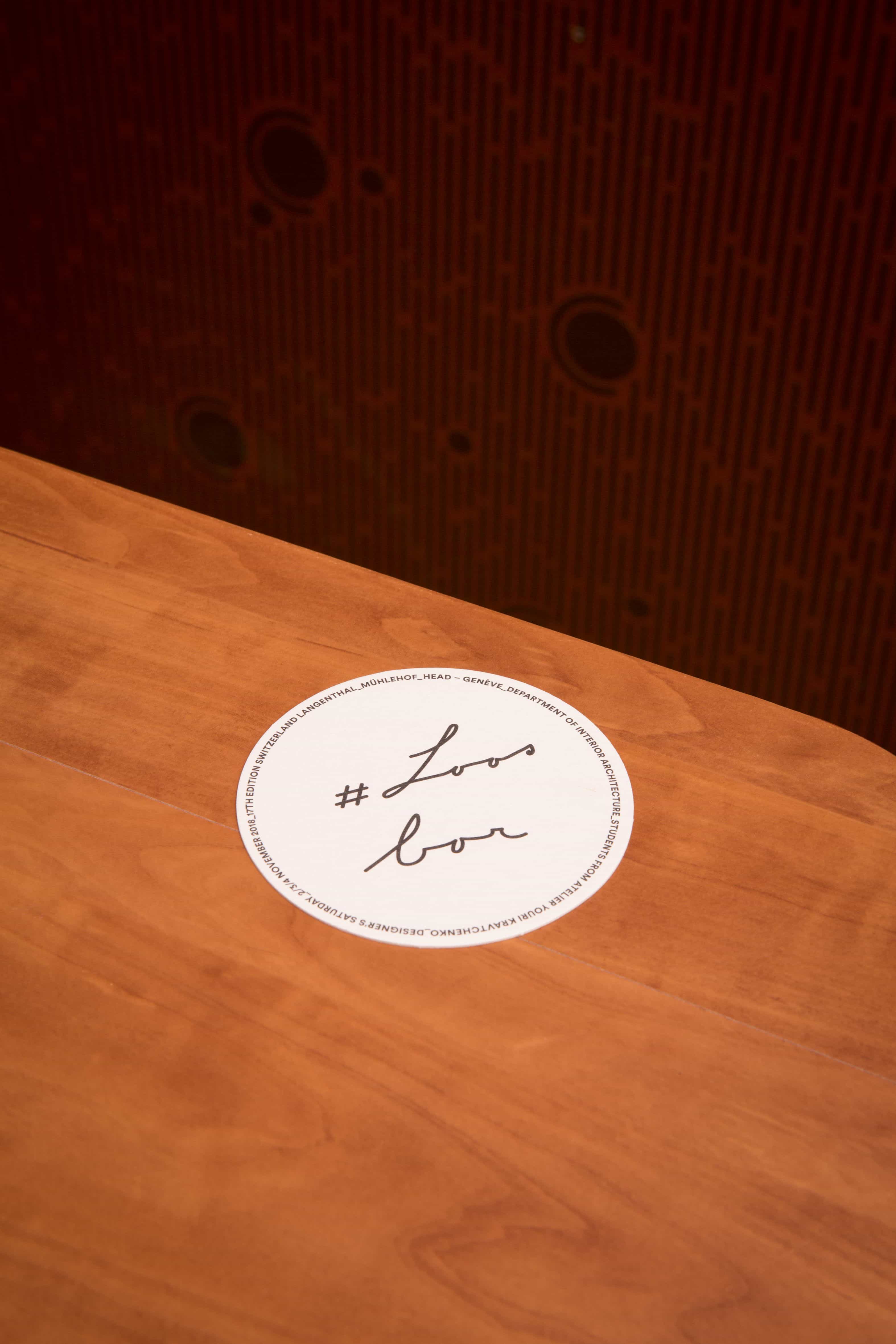 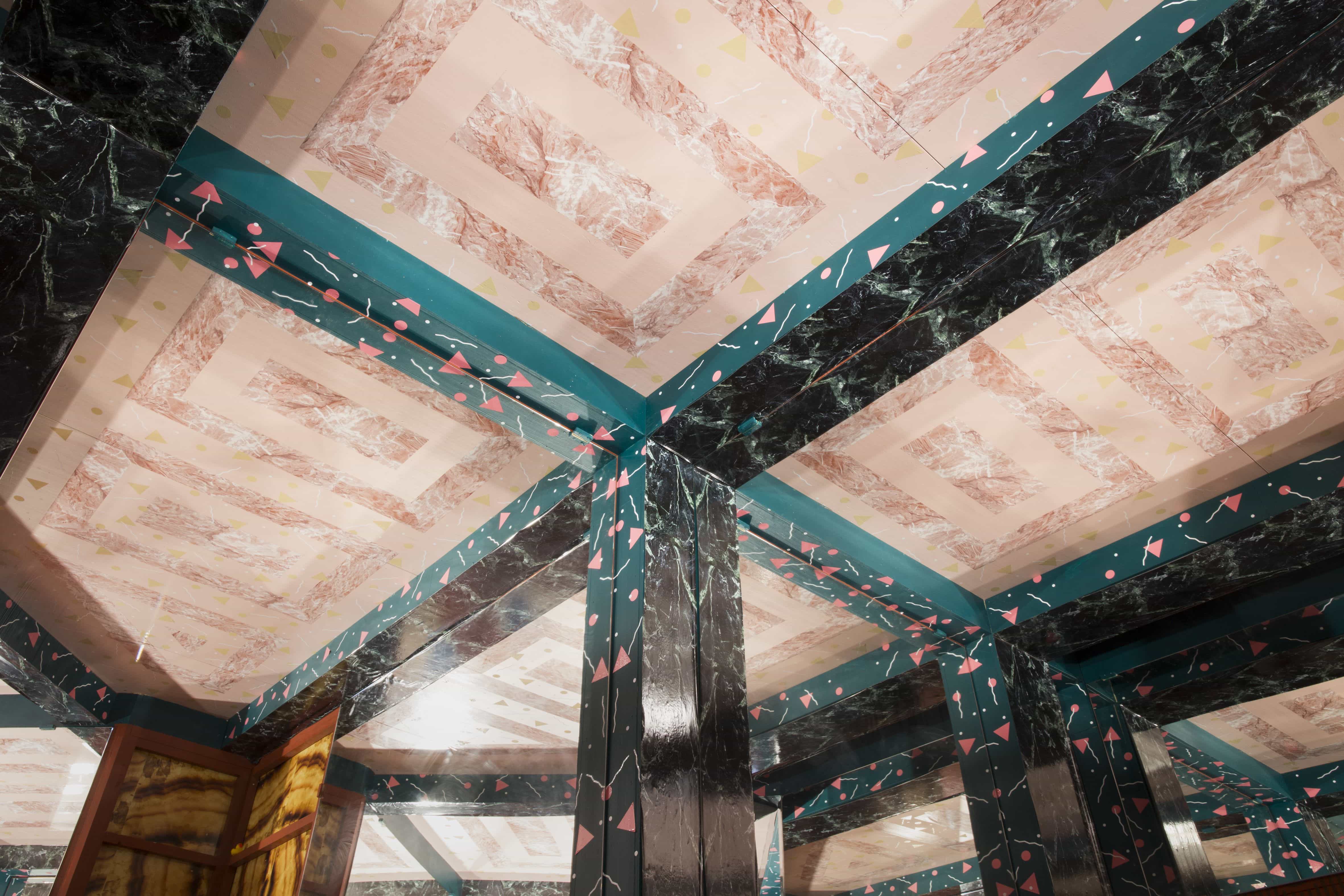 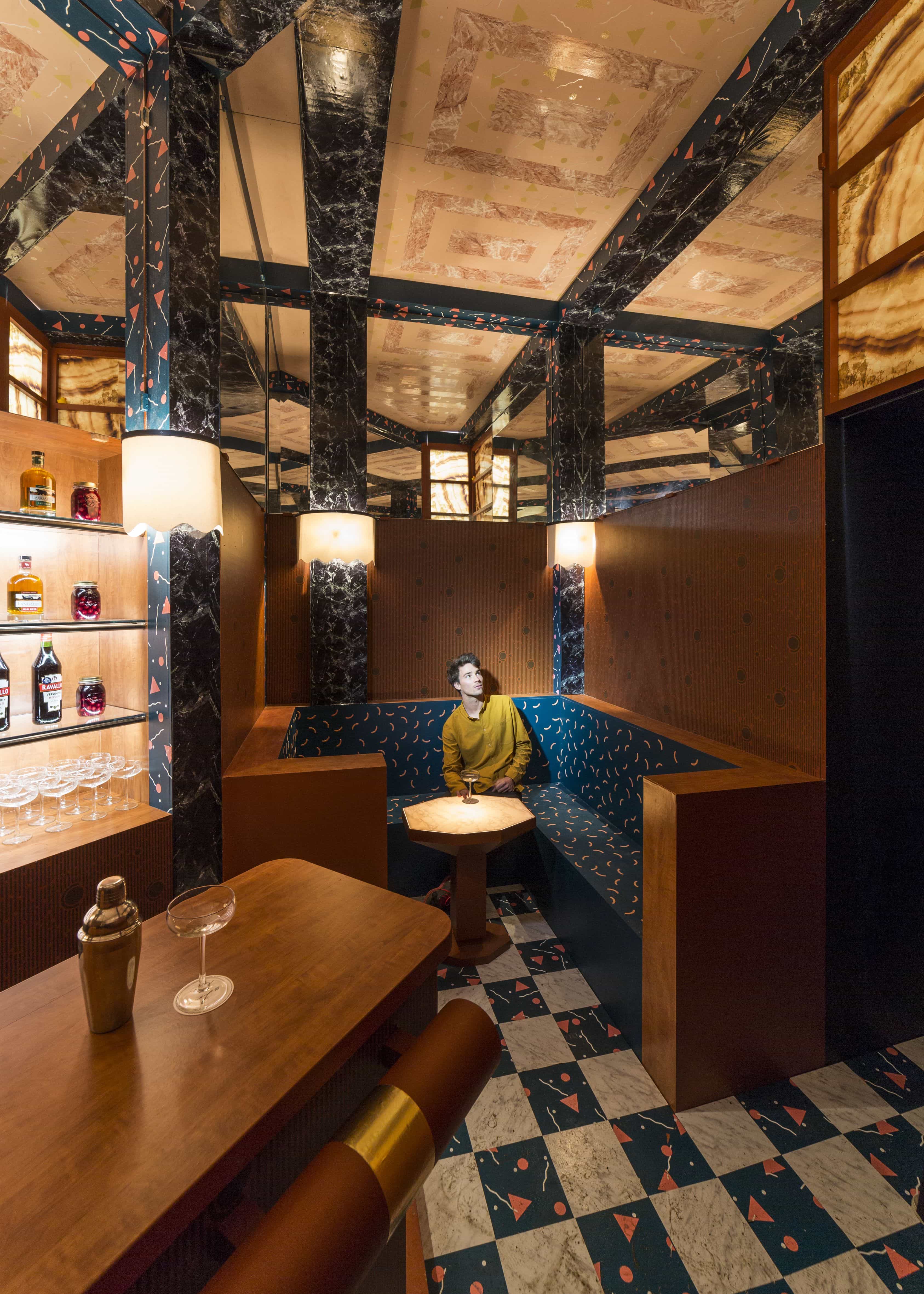 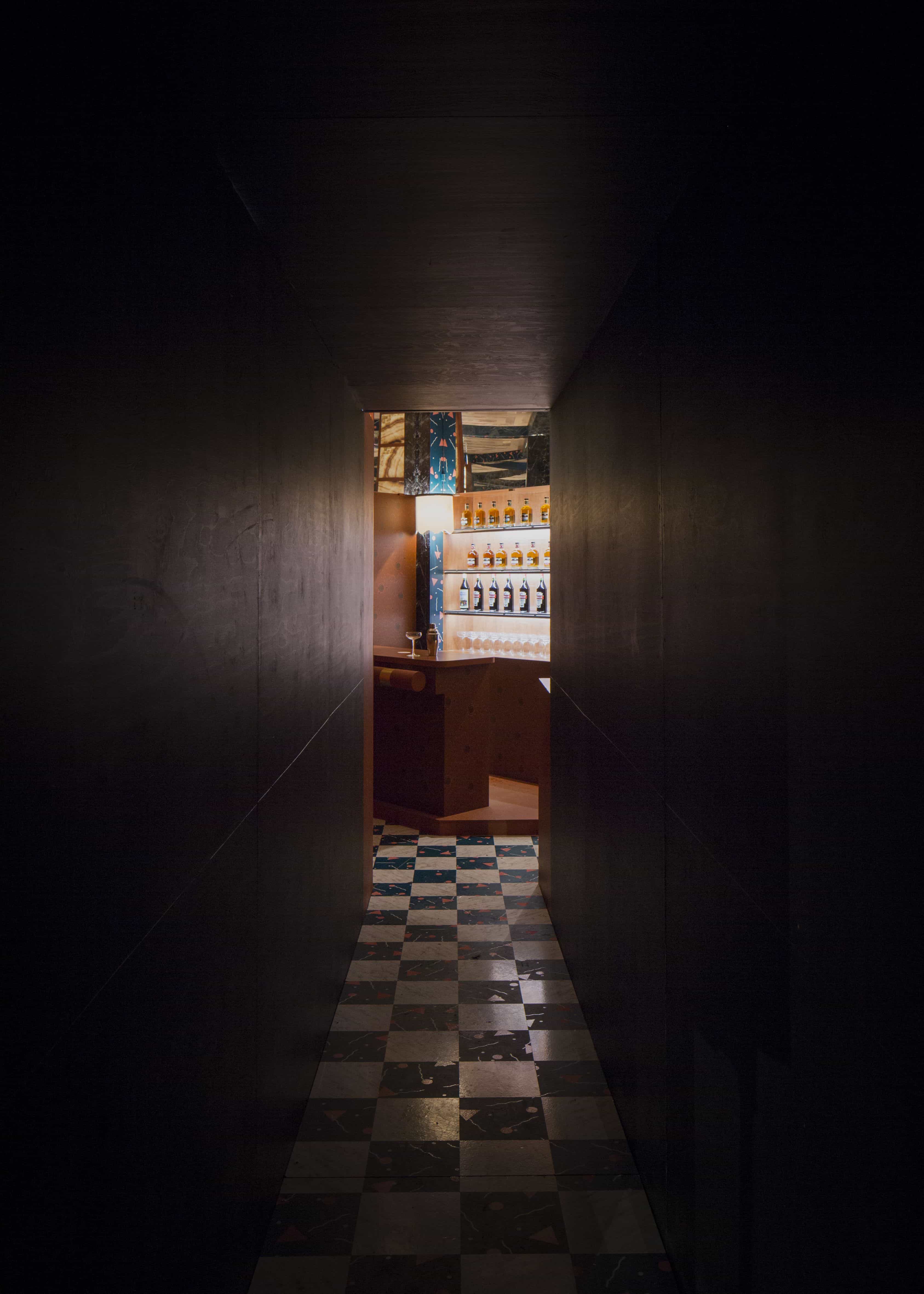 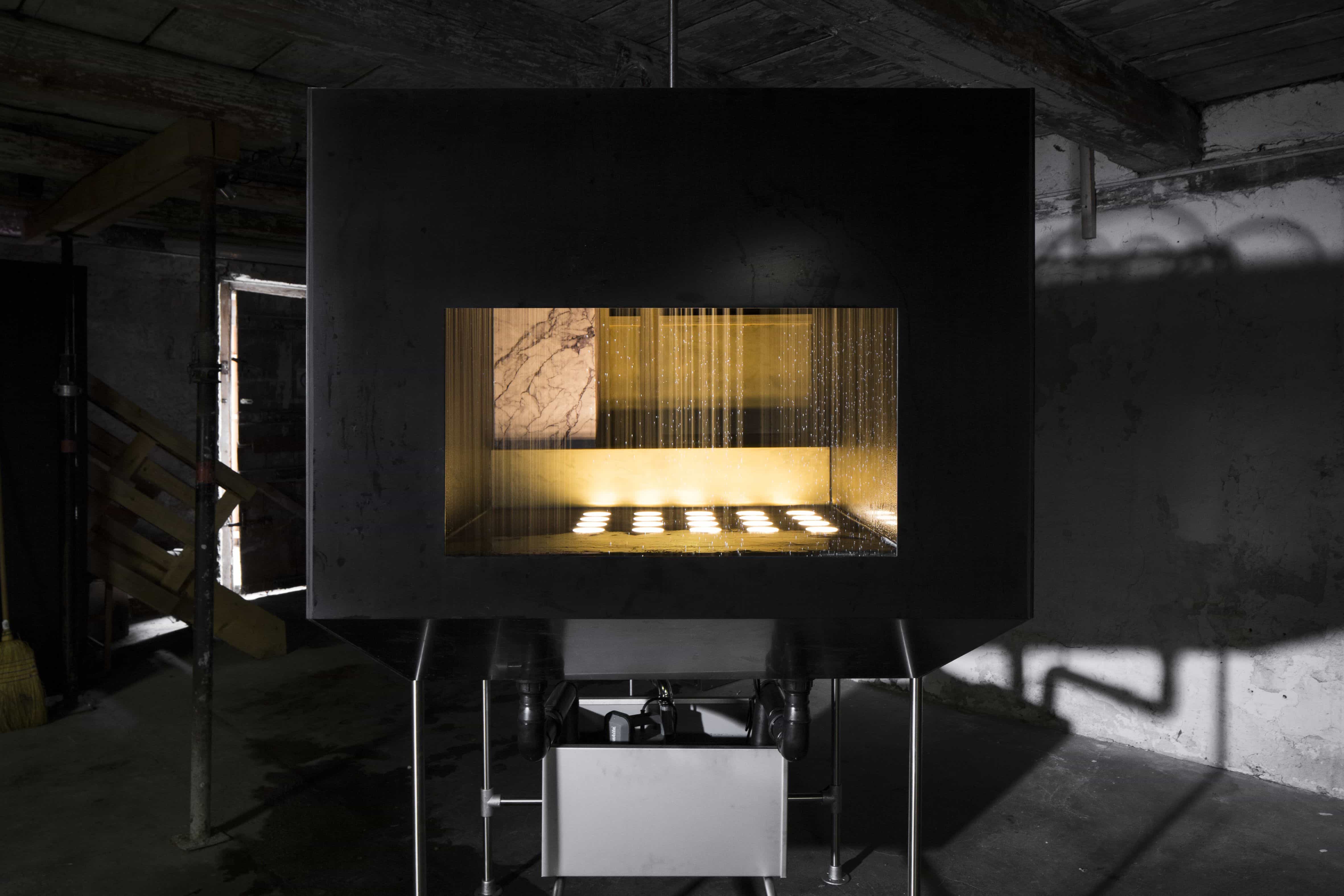 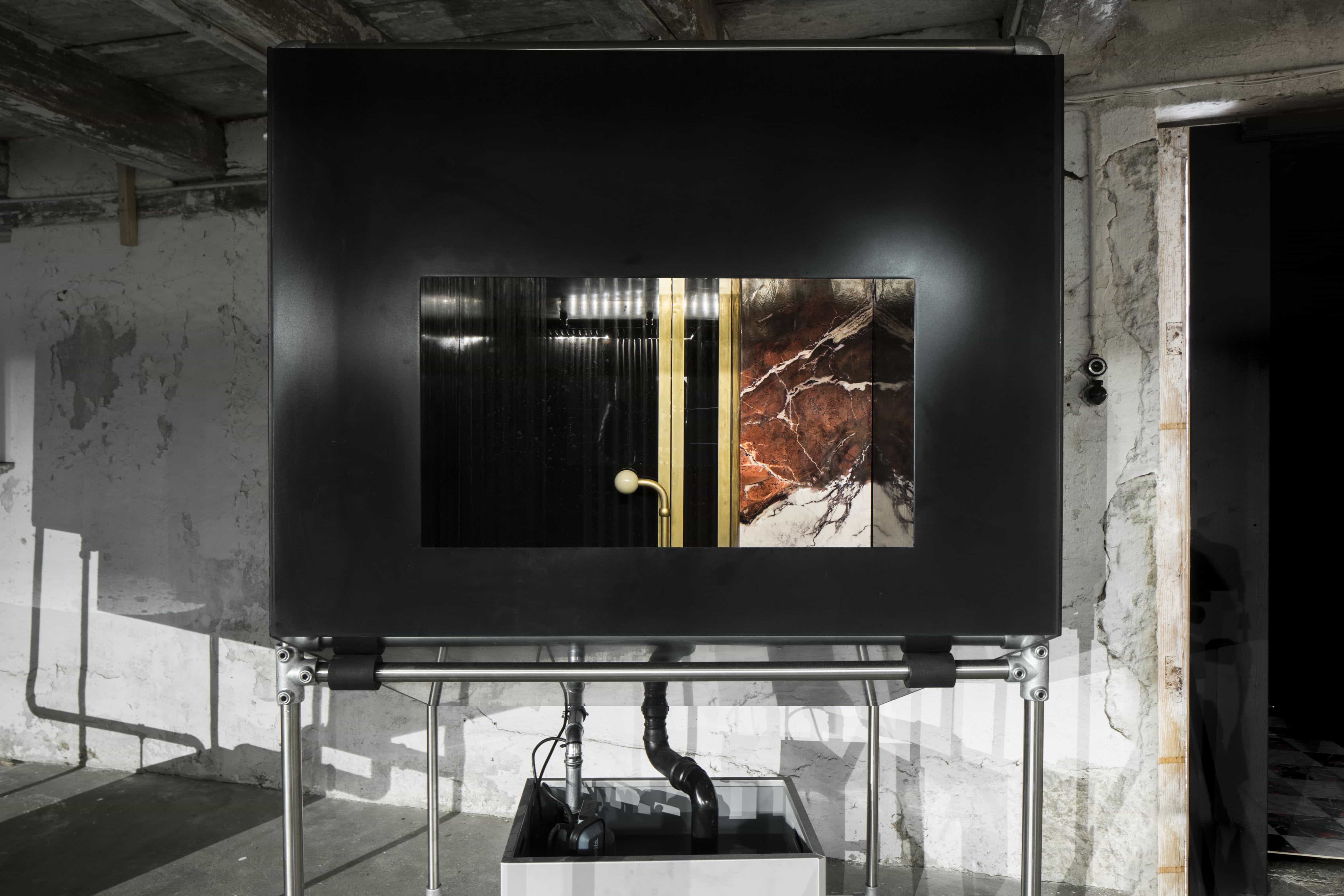 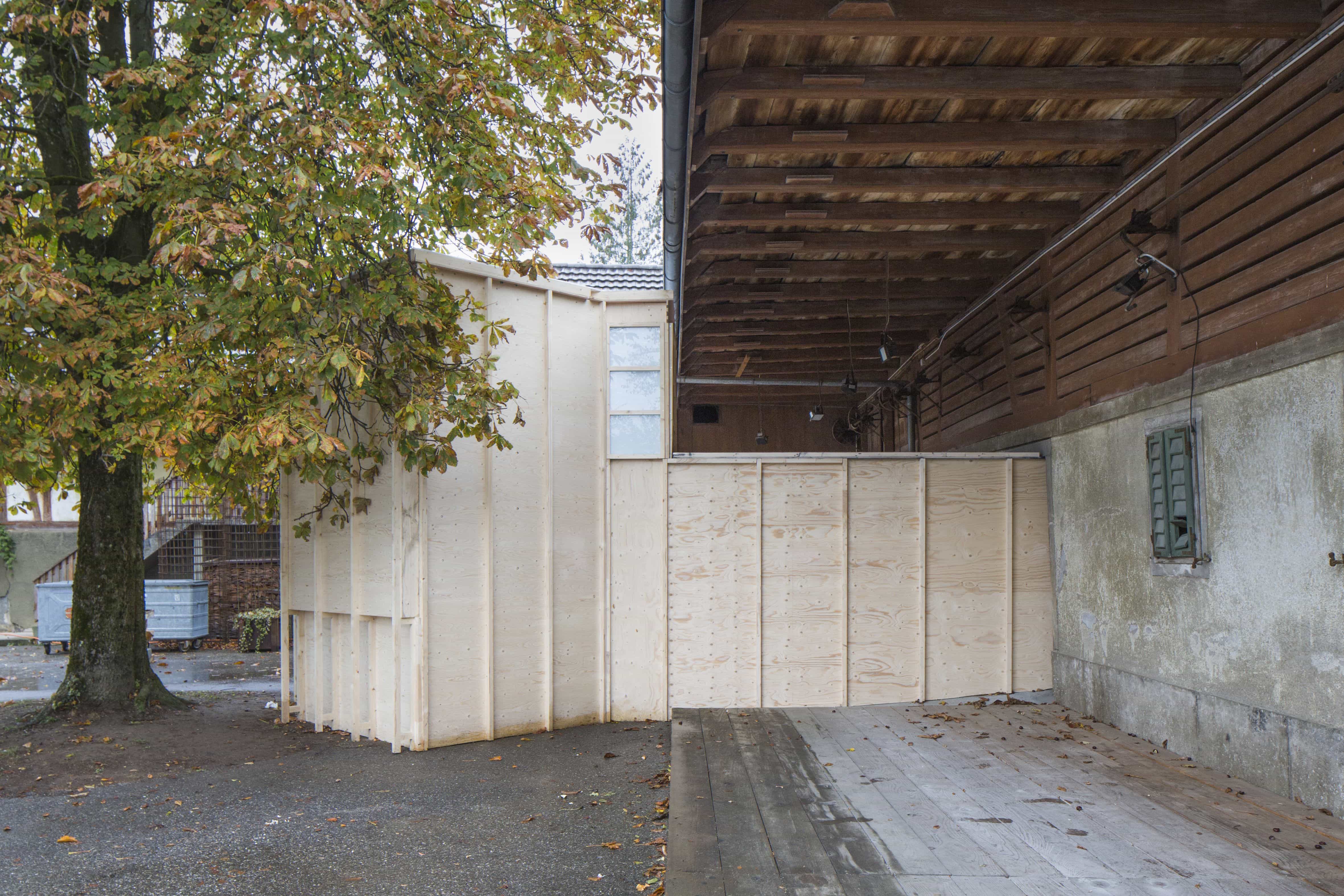