A SEQUENCE SHOT – which consists of filming a sequence in one shot for a greater or lesser period of time, allowing filmmakers to offer their viewers a moment of intense inspiration or exhalation – is not only the theme of this project, which focuses on the relationship between the moving image, which is by definition evanescent, and physical presence as a space or set or model “ready to be filmed”.

"The night passes slowly but sleep does not come. We start reading a magazine, open the fridge, television in on and smoke from a cigarette rises. The morning finally arrives, the apartment is quit and the door of the room has closed" 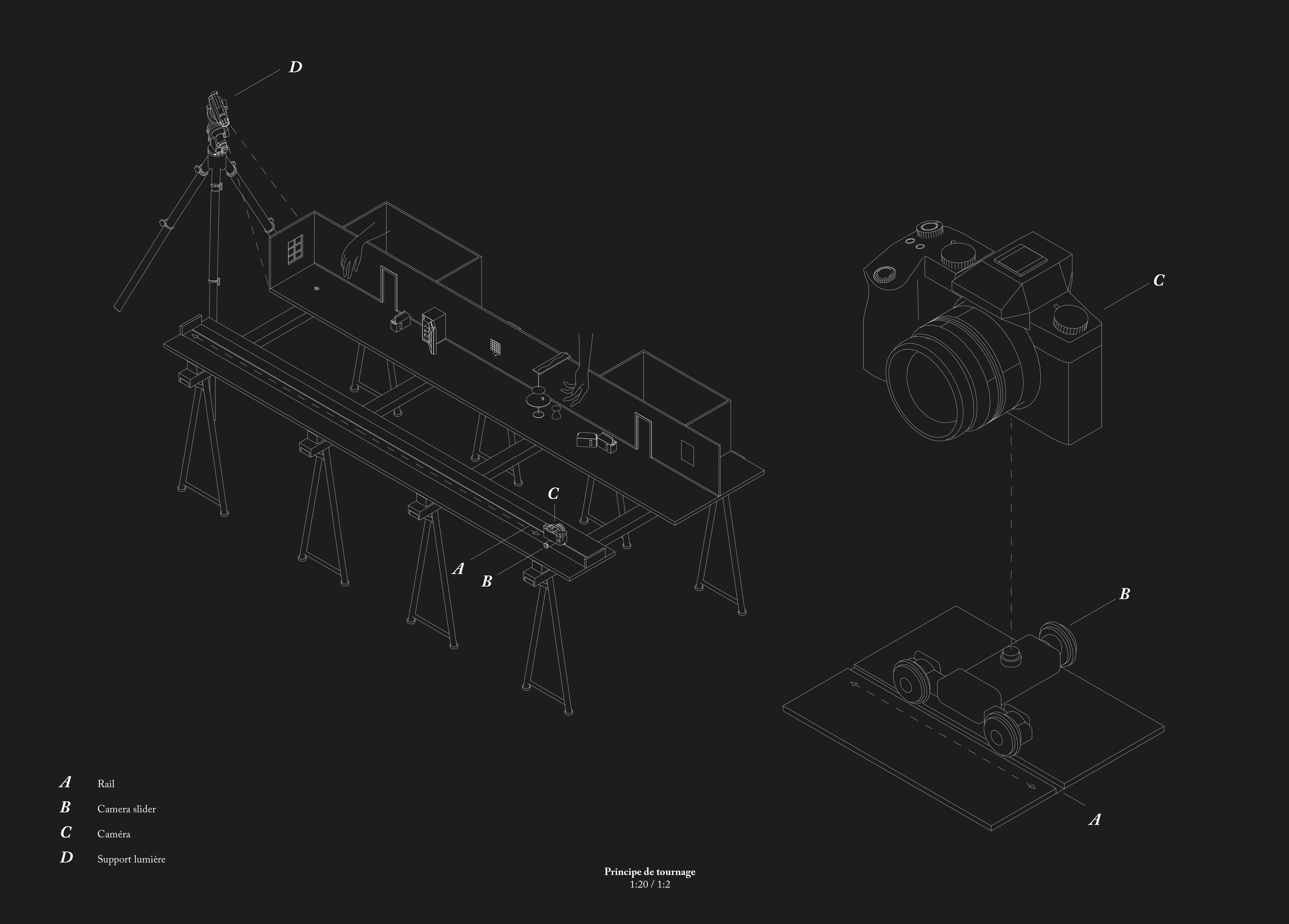