The scenography for HEAD’s 2022 Défilé (Fashion Show) was developed by the Department of Interior Architecture at HEAD – Genève, continuing the interdisciplinary collaboration initiated between the school’s departments. Digital technology and its role in nocturnal events are key issues, as reflected by the scenography. The dictionary defines a totem as “a spirit being, sacred object or symbol that serves as an emblem of a group of people, such as a family, clan, lineage or tribe.” Placed in the centre of a fashion event, the vertical accumulation of flickering digital projections raises the questions of the role of digital imagery and what it means to be real nowadays for a so-called nocturnal tribe.

The installation opposed and combined virtuality and reality, the presence and absence of human bodies in the physical realm, and conversely, the presence and absence of digital avatars in virtual spaces. Yet, it was far from decorative or purely symbolic: the layout of the screens which were placed all around a totem pole was used to show and display related details of the fashion students’ creations to the public. It also included the designers’ names as well as key points and concepts in their collections.

Three huge rocks, transported from the top of Mont Salève, were used as a physical and material counterpoint to the multi-armed digital totem, which was constructed using the latest technology, e.g., aluminium profiles, LED-screens and electrical cords. The stones (250 kg each) served to structurally reinforce the vertical totem pole. Each element that composed the pole aimed to reveal what is hidden, celebrating not only the final content, but also the skeletal structure, the screens’ cables, and the straps that held the rocks. Since fashion shows have such a short lifespan, the project was designed to be easily disassembled, with materials that were either reusable or hired. The installation required no welding and used only bolts and light aluminium profiles. The core structure can thus be fully dismantled, stored and reused for future events. 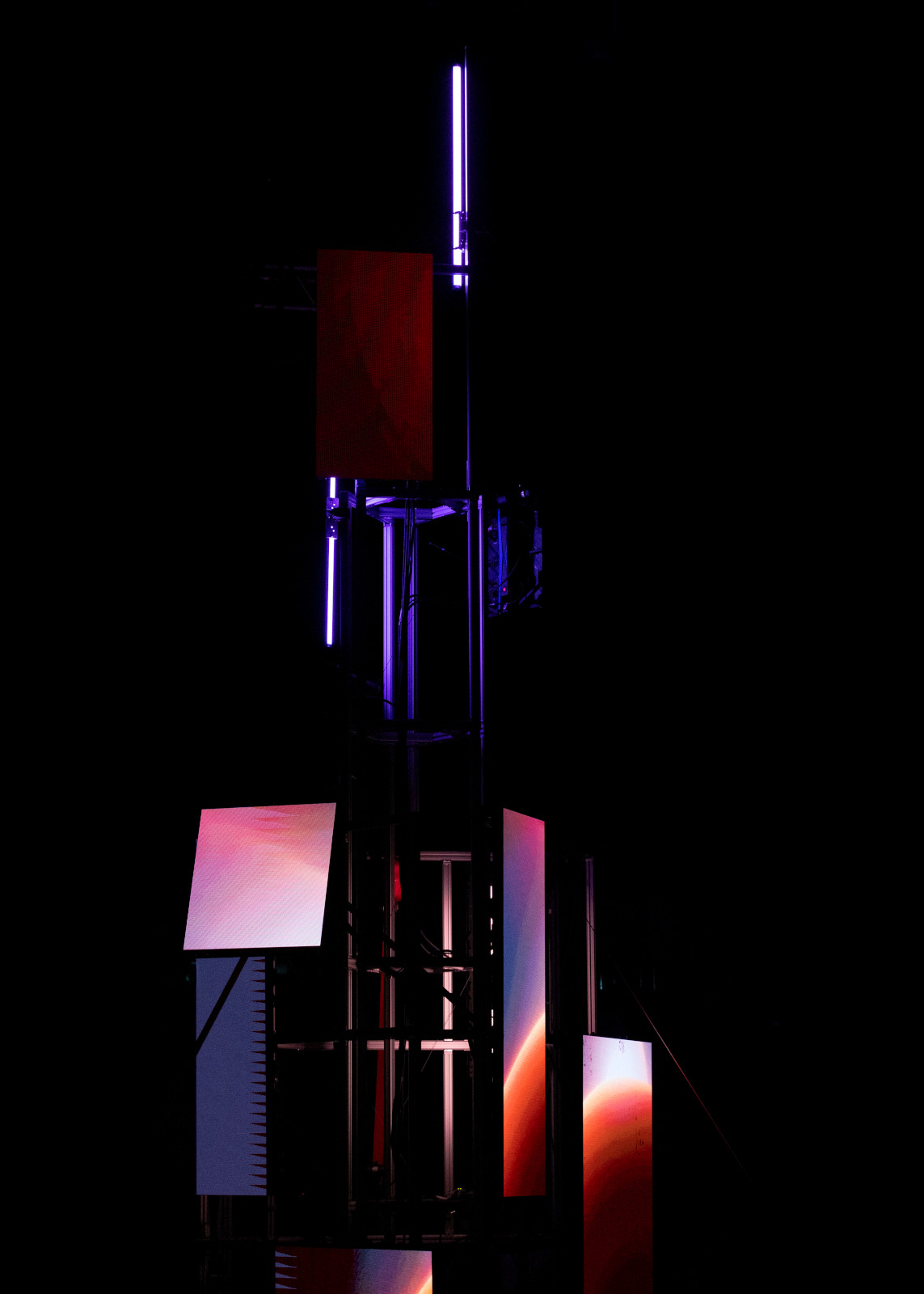 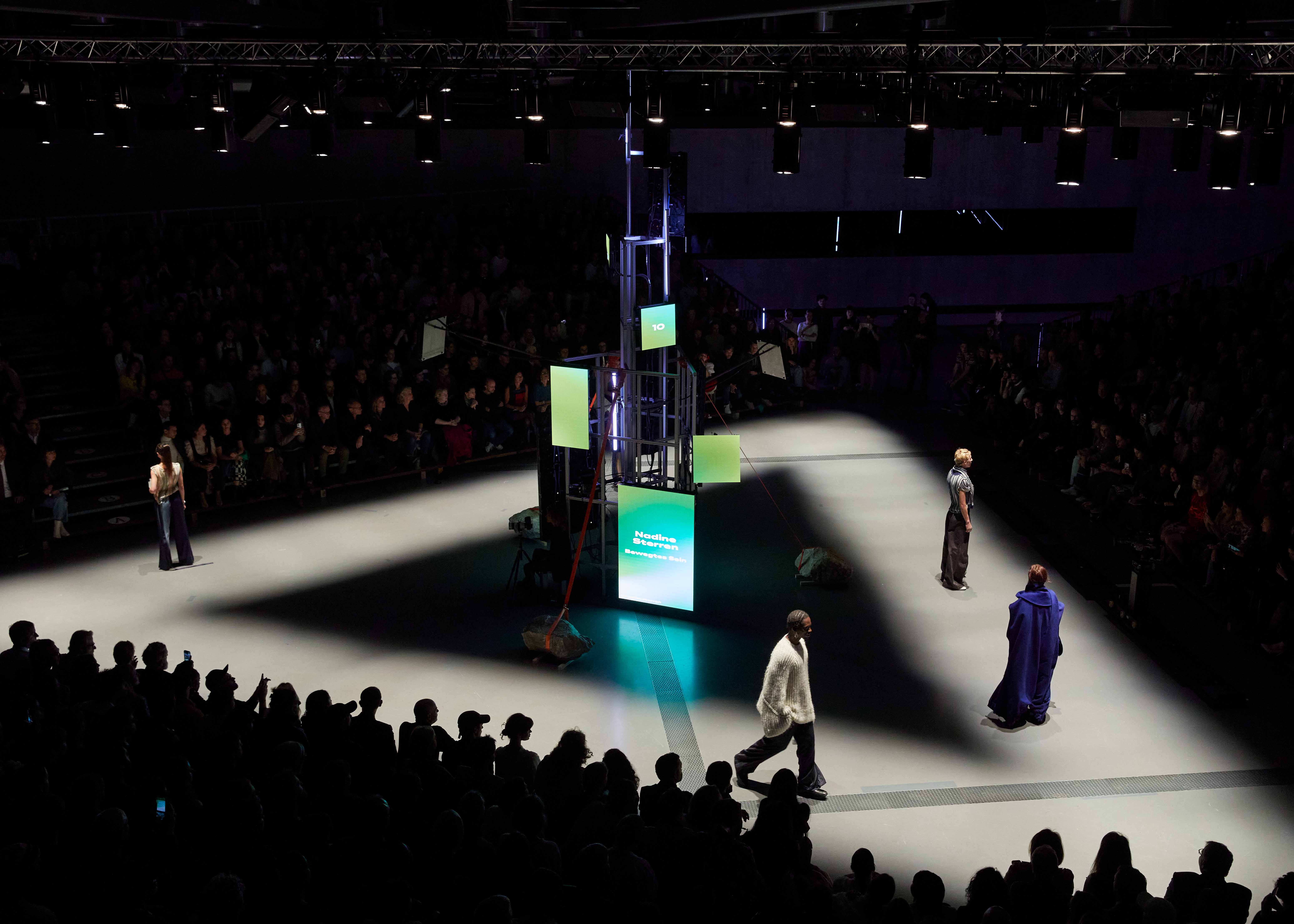 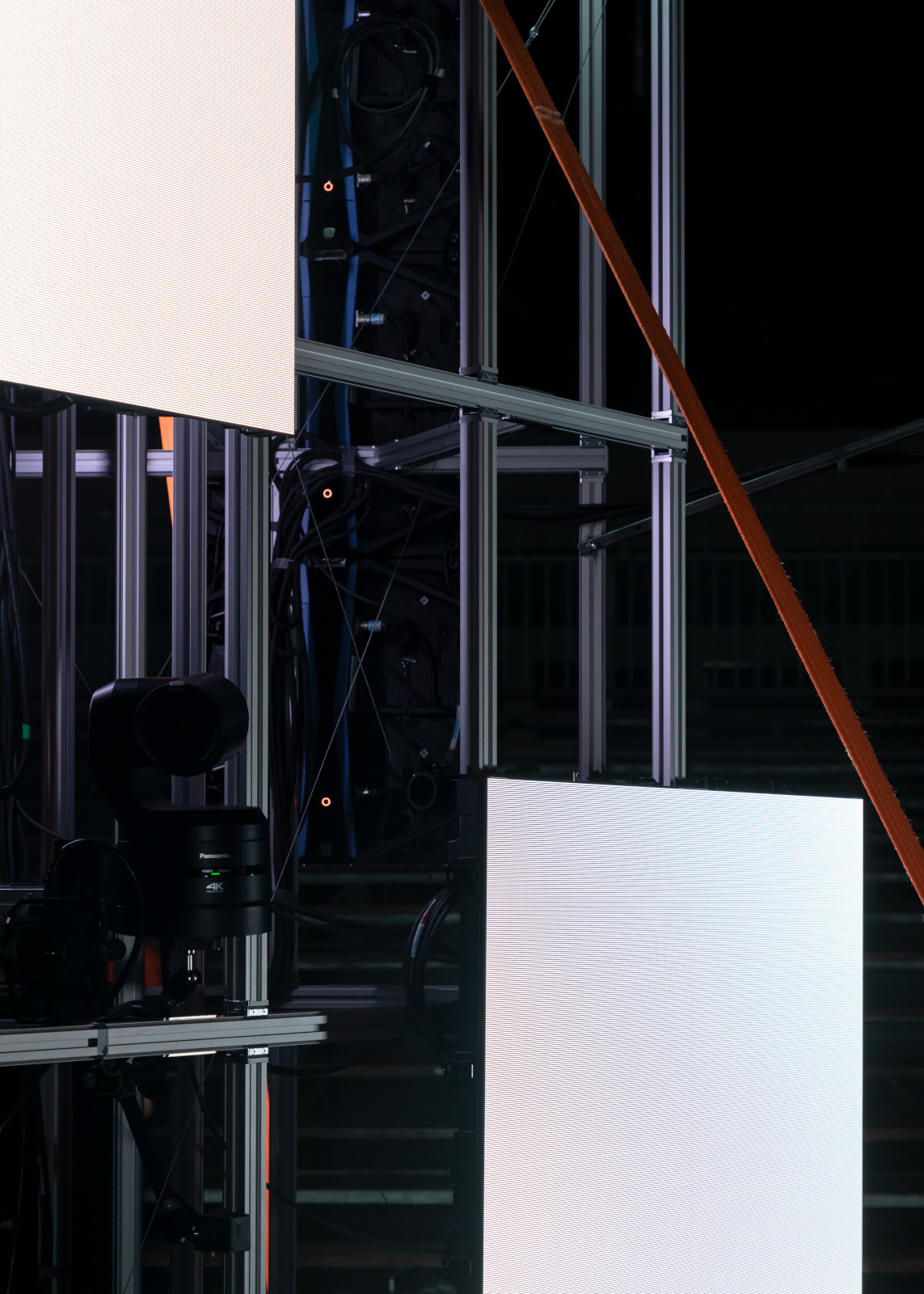 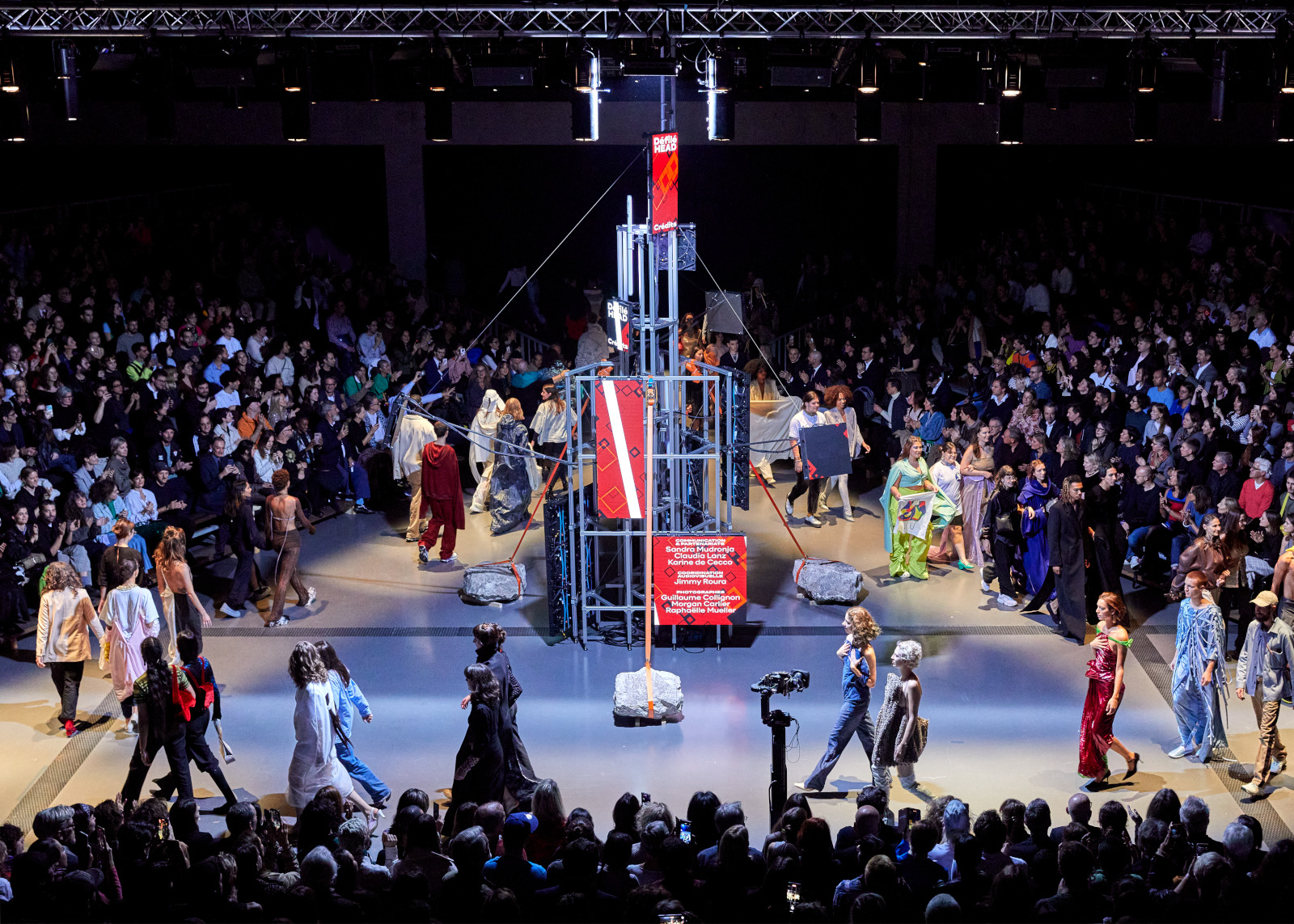 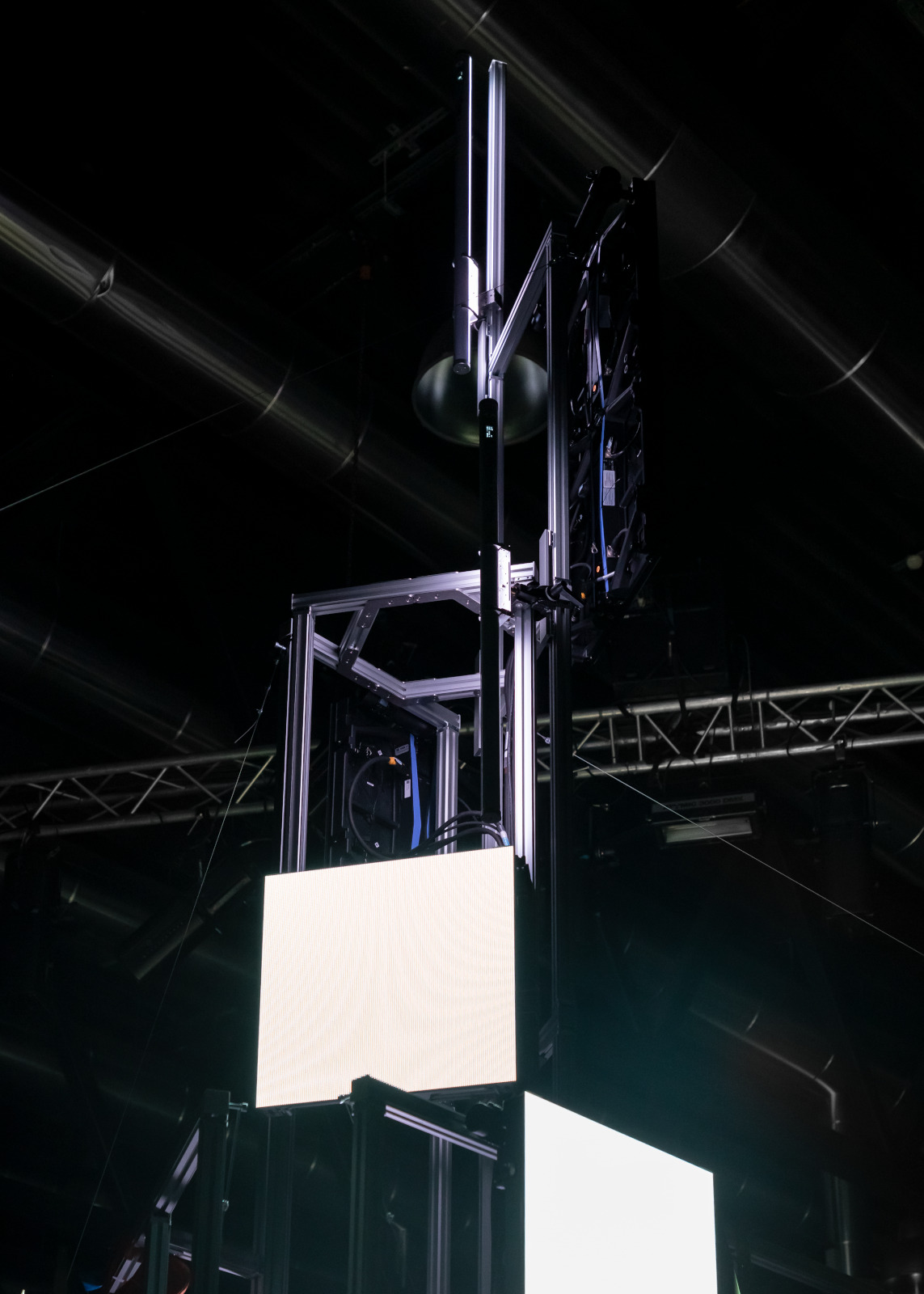 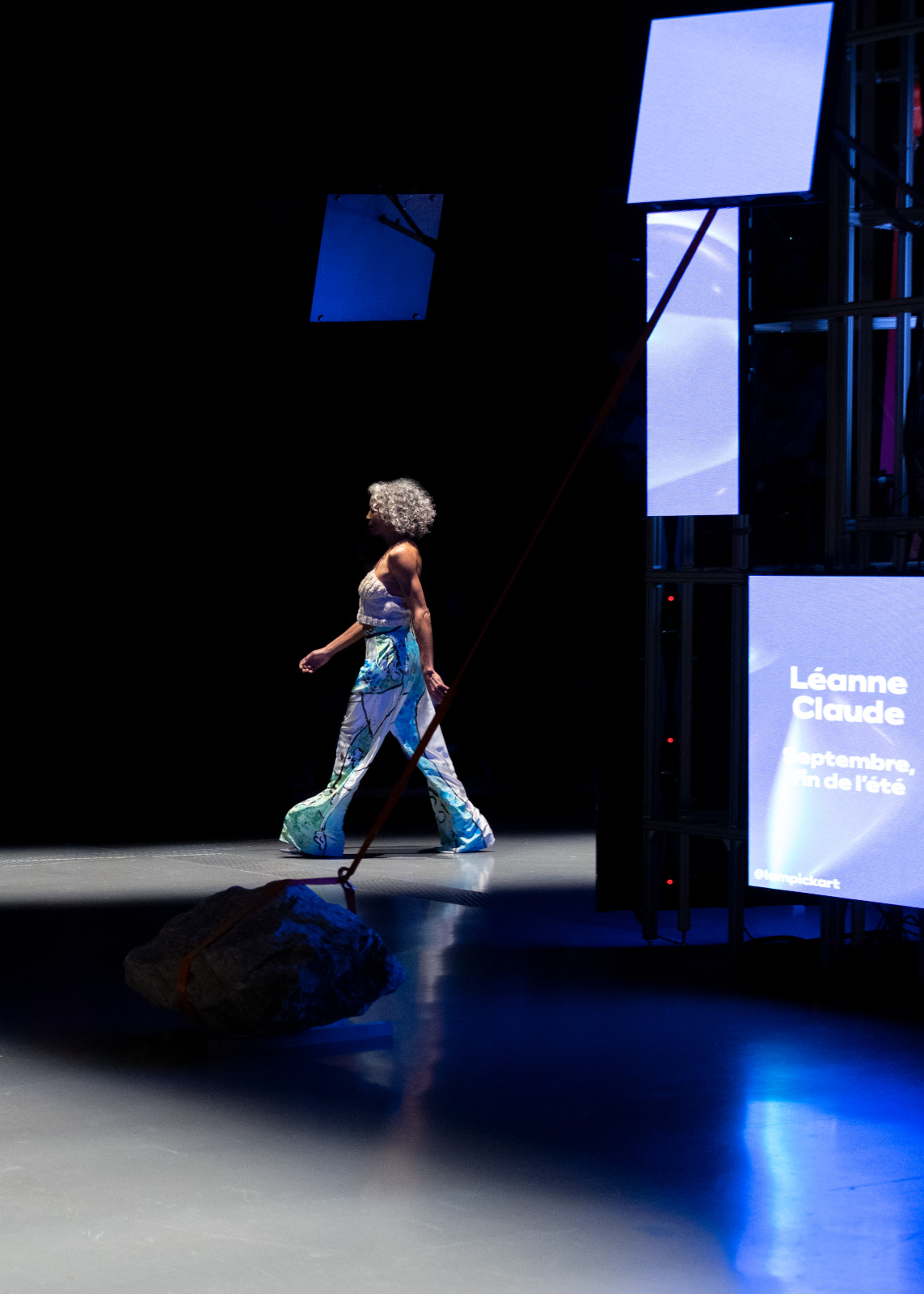 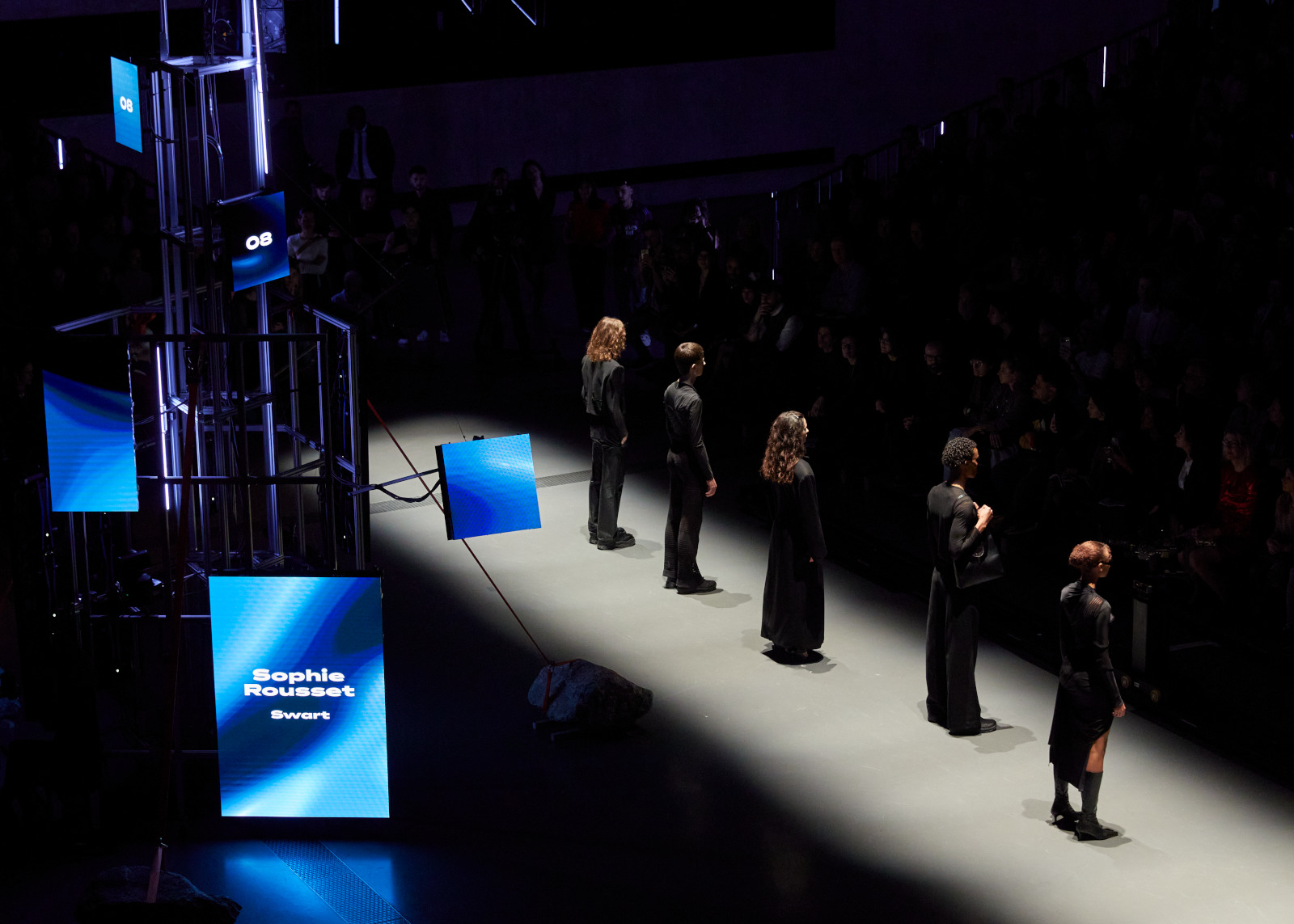 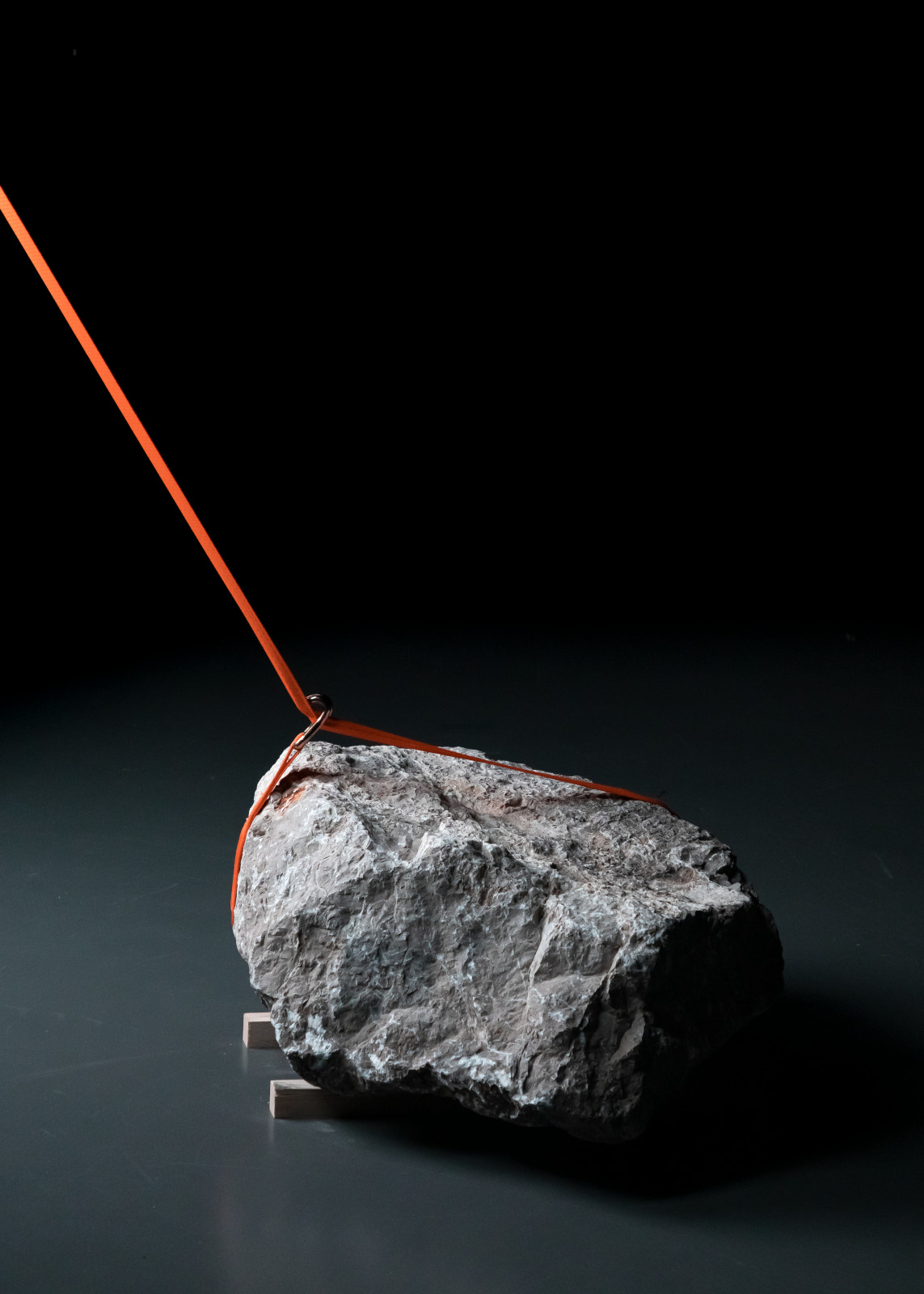